I recorded this song for my daughter Carrie's 16th birthday. I rewrote the lyrics of the Tune Weavers song, "Happy Happy Birthday Baby" and made it a personal birthday song for Carrie. It is similar to the one I did for Holly but, the words are different and we used a little echo. My friend, guitarist and keyboard musician, Jimmy McHugh and I did it at his home, in Indiana, so the sound quality is not as good as being in a studio. I know Carrie loved it and it helped make her day just a little more special.
Posted by Willy Henson aka Tobin Matthews at 9:03 AM No comments: 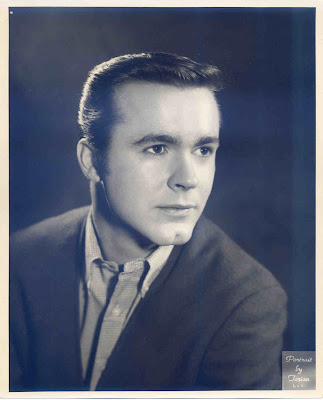 Posted by Willy Henson aka Tobin Matthews at 8:59 AM No comments: 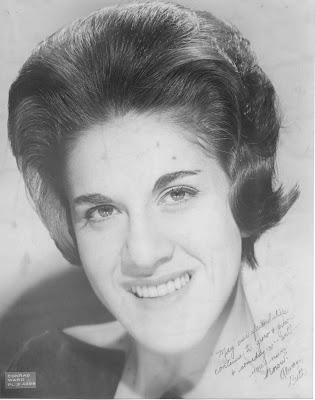 I moved to New York as Tobin Matthews in 1962 and arrived in Greenwich Village on Easter Sunday. My press agent, Bob Corcoran, had a friend, Rod Warren, who was having an Easter get-together at his home. Bob and I decided to attend. That was where I met Ruth Buzzi. We became instant friends and after a while, we began dating. We dated for about a year. Buzzi was a wonderful and caring person. I don't think I've ever had as much fun with one person. I was just starting out in New York and Buzzi had been there for a while. She was doing Off-Broadway and summer stock. She might not realize it but, she taught me a lot. We all lived in the Village during a special time. It was the age of the flower children, the Peace Movement and you guessed it, hippies. Buzzi and I have tried to keep in touch through the years, although lately I've lost track of her. Buzzi, if you see this, email or call me. 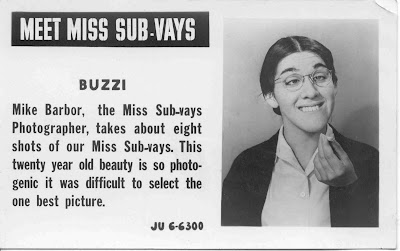 In the sub-ways of New York in the 60s, they had a monthly beauty contest. On the inside of the cars would be a poster with a picture and bio a beautiful girl titled "Meet Miss Sub-Ways". New Yorkers would then vote for the one they liked the best. This card is Buzzi's take-off on that contest. This is her famous Gladys Ormphby way before her fame on "Rowan and Martin's Laugh-In". 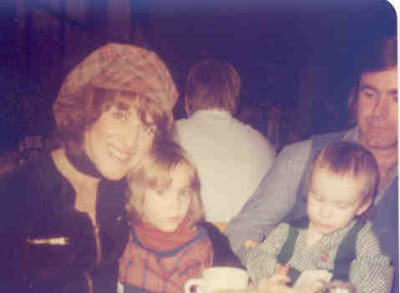 This is a picture of Ruth Buzzi holding my daughter Holly and I am to the right holding my younger daughter Carrie.
Posted by Willy Henson aka Tobin Matthews at 7:40 AM No comments: 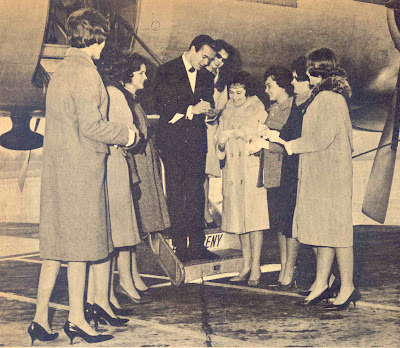 Posted by Willy Henson aka Tobin Matthews at 7:31 AM No comments:

Video: Tobin Matthews - "One Of These Days" 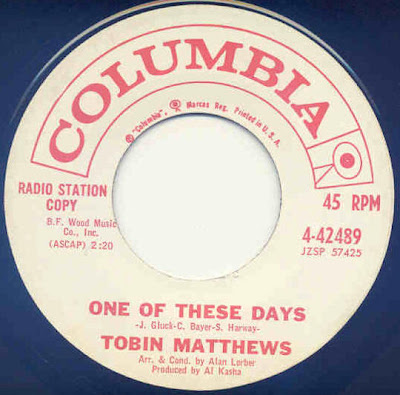 This Tobin Matthews record was recorded on Columbia Records in New York in 1962. It was produced by Al Kasha and arranged and conducted by Alan Lorber. "One Of These Days" was written by J. Gluck, C. Bayer and S. Harway. It was the flip side of "Susan". This side did get some air play but, nothing like the play "Susan" received.
Posted by Willy Henson aka Tobin Matthews at 11:41 AM No comments: 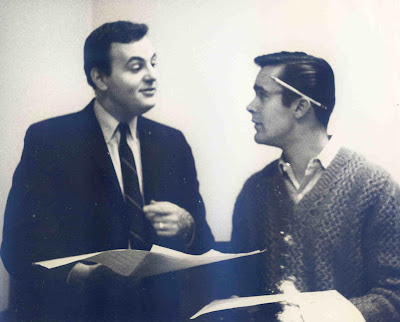 Tobin Matthews in the office of Al Kasha, at Columbia Records, New York, 1962. Al and I discuss the songs we are going to record and make some last minute changes before going into the studio for the "Susan" recording session.
Al was my A&R man and produced all the recordings I did in New York. Being a young recording artist, I couldn't have had a better or more knowledgeable person to work with. He was more than a record producer. He was a mentor, he believed in me and he was a great friend. Thanks Al!!! 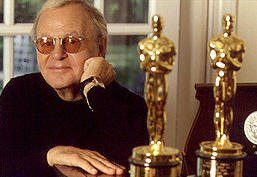 Al Kasha, along with co-writer Joel Hirschhorn, won two Oscars at the Academy Awards for writing Best Song of the Year. The first in 1972 for "The Morning After" from the movie "The Poseidon Adventure" and another in 1974 for "We May Never Love Like This Again" from the movie "The Towering Inferno". Both songs were recorded by Maureen McGovern. They have also received two Tony nominations, two Grammy nominations, an Emmy, four Golden Globe nominations and a Peoples Choice Award. During his career, Al has worked with Jackie Wilson, Aretha Franklin, Neil Diamond, Steve Lawrence and many other artists.
Posted by Willy Henson aka Tobin Matthews at 7:49 AM No comments: 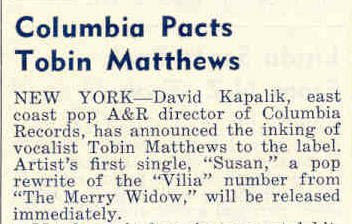 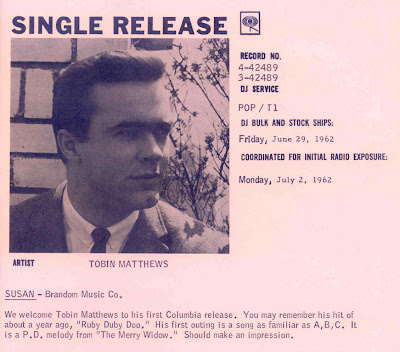 Posted by Willy Henson aka Tobin Matthews at 7:50 AM No comments: