Tobin Matthews: "Come On Lady" - A Song For Bonnie

I wrote and recorded this song for my wife, Bonnie, many years ago. We went to the same high school, met at our ten-year class reunion and were together for over 32 years We had two beautiful daughters, Holly and Carrie. One day she took a trip to see our daughters and never came home again. Why, I still don't know to this day. I wish it never would have happened. She was the love of my life. -- Love's season is brief, As brief as a russet leaf, As brief as a butterfly on wing, As brief as the song I sing, Love's season is brief, Only a lifetime, Never enough.
Posted by Willy Henson aka Tobin Matthews at 12:41 PM No comments: 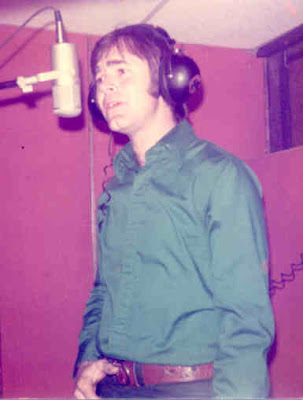 This picture was taken by Bonnie while I was recording "Come On Lady" at Pumpkin Studios, located in a southern Chicago suburb.
Posted by Willy Henson aka Tobin Matthews at 12:22 PM No comments: 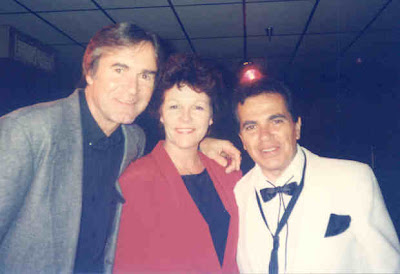 This picture of Bonnie and me with Joey Dee, who had the hit record, The Peppemint Twist, was taken at a Jim Lounsbury show on the south side of Chicago.
Posted by Willy Henson aka Tobin Matthews at 11:23 AM No comments: 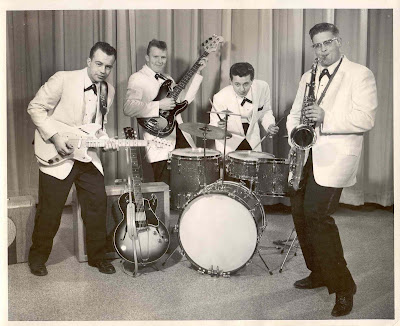 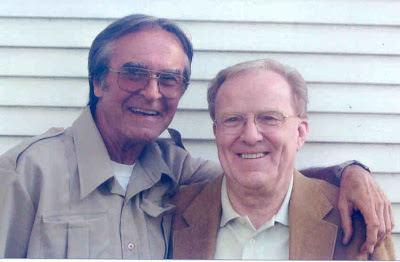 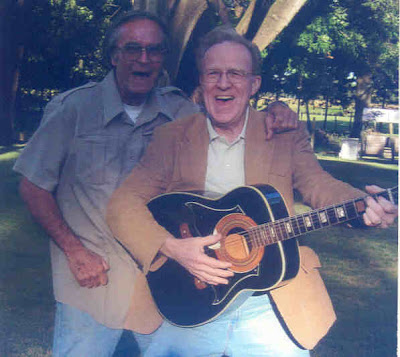 Tobin and Don Smith in my Indiana front yard. What a great time we had during this visit. We talked about all those good old days of us playing music, remembering special stories and having a few beers. Don played lead guitar in the band after Ron Lane left. Before joining my band, Don was the lead guitarist in "The Galaxies", a well known Chicago band that played a lot of record hops and ballrooms. Other members of their band were, Danny Pawlak, Bruce Novak and Terry Gunderson. Don now lives in Billings, Montana. 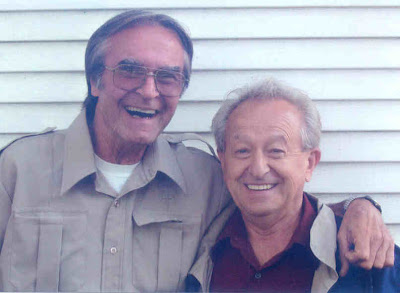 This is Tobin and Danny Pawlak. Danny, who lives in Illinois, played drums in the band the times Norby King couldn't make the show. He is best known for being the drummer for "The Galaxies", a popular Chicago band in the late 50's and early 60's. Danny, thanks for keeping the beat. 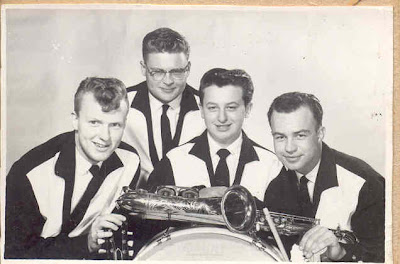 "THE GALAXIES" Pictured left to right are - Don Smith, Bruce Novak, Danny Pawlak and Terry Gunderson.
Posted by Willy Henson aka Tobin Matthews at 10:54 AM No comments: 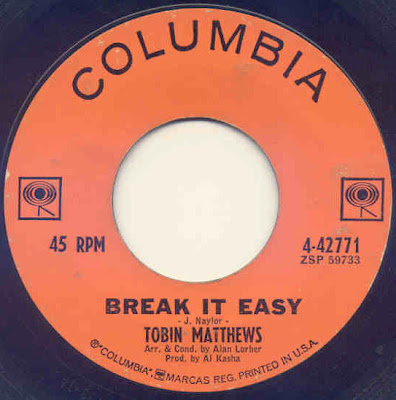 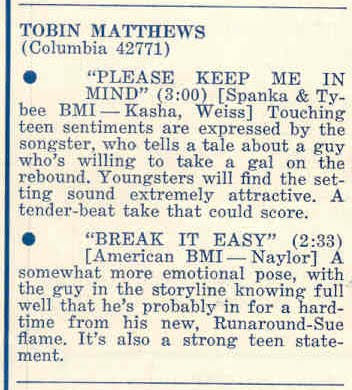 This record was recorded in New York on Columbia Records in "1963". It was produced by Al Kasha, arranged and conducted by Alan Lorber. "Break It Easy" was written by Jerry Naylor, who became the lead singer for "The Crickets" after the death of Buddy Holly. This song has always been one of my favorites.
Posted by Willy Henson aka Tobin Matthews at 11:04 AM No comments: 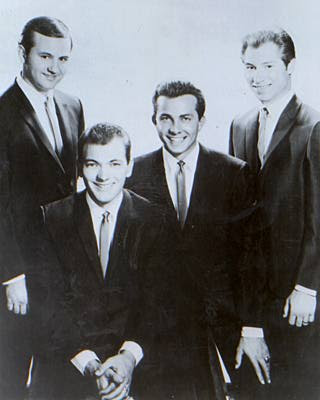 Pictured, left to right are, Sonny Curtis, Jerry Allison, Jerry Naylor and Glen D. Hardin. The Crickets.
After the death of Buddy Holly, Jerry Naylor joined "The Crickets" in 1960. Their goal was to re-form the group. This project turned out to be very successful. They did an album with Bobby Vee, "Bobby Vee Meets The Crickets". Jerry Naylor was the lead singer on most of the Liberty/EMI recordings and the "Cricket" concert dates until he left the group for a solo career in 1965.
Jerry Naylor wrote "Break It Easy", which turned out to be one of my favorite recordings. I had the great opportunity to meet Jerry when he was playing at a Club just south of Chicago. I had already recorded the song and he liked what I had done. After his show, the two of us sat in a booth, had a few beers and talked about the Crickets and Buddy Holly. I was awe struck. It was a super night and Jerry Naylor couldn't have been nicer. He was just like one of the guys.
Posted by Willy Henson aka Tobin Matthews at 10:31 AM No comments: 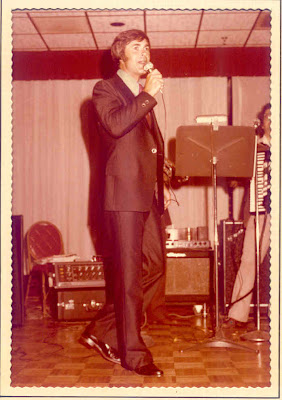 Tobin at a Night Club up east.
Posted by Willy Henson aka Tobin Matthews at 10:20 AM No comments: 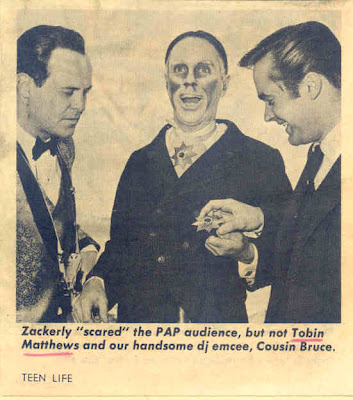 This is a picture of "Cousin Brucie", Bruce Morrow, who had a very popular top 40 Rock 'N Roll radio show on WABC in New York, "Zackerly", who was the host of a late night horror movie show on WABC TV in New York and Tobin Matthews. The photo was taken at "Palisades Park" in New Jersey and used in Teen Life magazine, 1962. "Palisades Park" was a great place. They had a canopy covered stage and a large seating area for the fans. Popular DJs would host the show, singers of the day would lip-sinc their records, sign autographs and perform for the fans. Occasionally other celebrities would also make the show to entertain the crowd.
Posted by Willy Henson aka Tobin Matthews at 9:35 AM No comments: