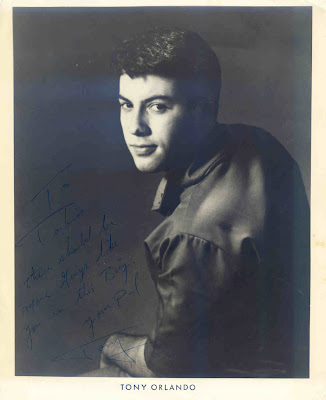 Tony Orlando was a good friend and a great guy. We both had the same press agent, Bob Corcoran. We got together quite often, whether it was in Bob's office, Jilly's, Palasades Park or some show we were doing. We talked a lot about the music we were recording and appreciated each others opinion. This picture was given to me by Tony many years ago. The signing reads - "To Tobin, There should be more guys like you in this Biz. Your Pal, Tony" 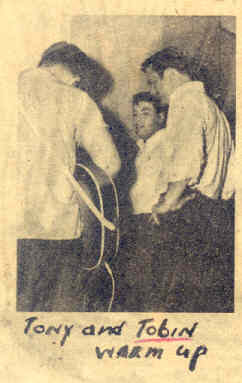 Here are a couple of magazine clippings about Tony and I performing at JILLY'S in Orange, New Jersey. Tony and I loved the club and appeared there several times. The owner of this teen night club was the nephew of the man who owned JILLY'S in New York, which was a frequent hang-out of Frank Sinatra.
Posted by Willy Henson aka Tobin Matthews at 9:39 AM No comments:

Posted by Willy Henson aka Tobin Matthews at 9:15 AM No comments: